The Minecraft code is divided into two “sides” – Client and Server.
There is one server, and a number of clients which connect to it. Even in single player mode, the server and client code are running simultaneously (in separate threads). 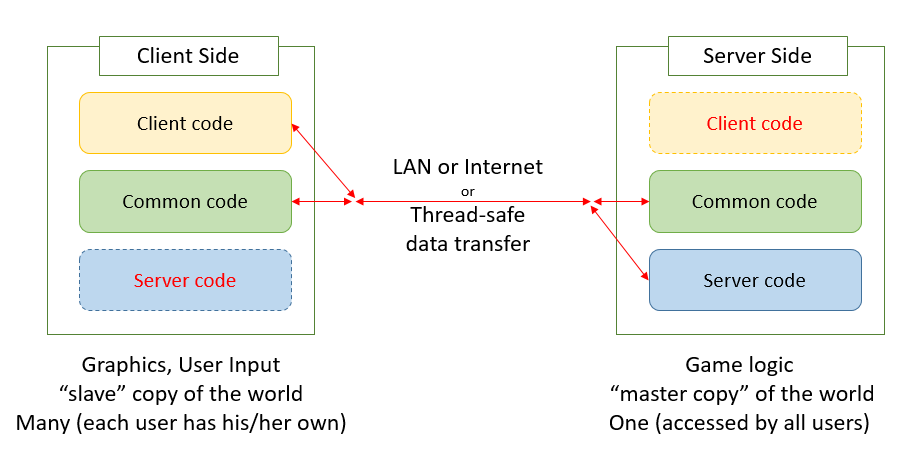 Some parts of the code are used by both Client and Server code, for example Block methods which describe the behaviour of Blocks and which are needed on both sides.
Vanilla groups these three types of classes into "client", "server", and everything else ("common"). 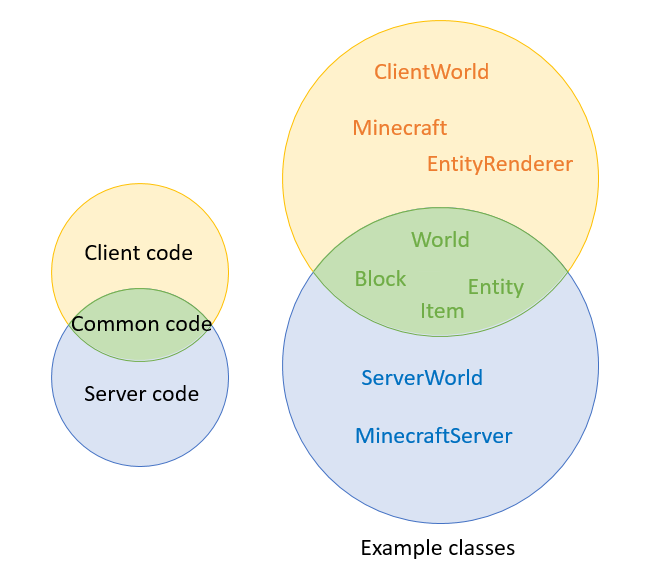 If you are writing code which might be called by either Client or Server, how can you tell which side has called the code?
Your method will nearly always be provided with a World object, or an object containing a World field (typically called worldIn).  If so:
As a last resort:

When the client and the server need to synchronise with each other, they exchange information over the network.    Even when a single player game is running, the client and server are still completely separate and do not access each other's objects.  If your code running on (say) the server side accesses object instances belonging to the client side, it will lead to random crashes and strange behaviour.  So don't do that!


This helps me clearly remember which classes are used on which side, and to make sure that I don't mix them up.