Unlike previous versions of Minecraft, in 1.8 the networking is performed in its own thread.  This means that your IMessageHandler needs to be very careful not to access and client-side or server-side objects while it is running in its own thread.

For a brief background on multithreaded applications and their perils, see here.  The short summary is-  if your IMessageHandler accesses any client-side or server-side objects, for example World or Minecraft, it will introduce a type of bug called a "race condition" which will lead to random crashes and strange, intermittent bugs and weirdness.

The protocol for messages sent to the client is the same, using the Minecraft "scheduledTasks" queue instead, Minecraft.getMinecraft().addScheduledTask(). 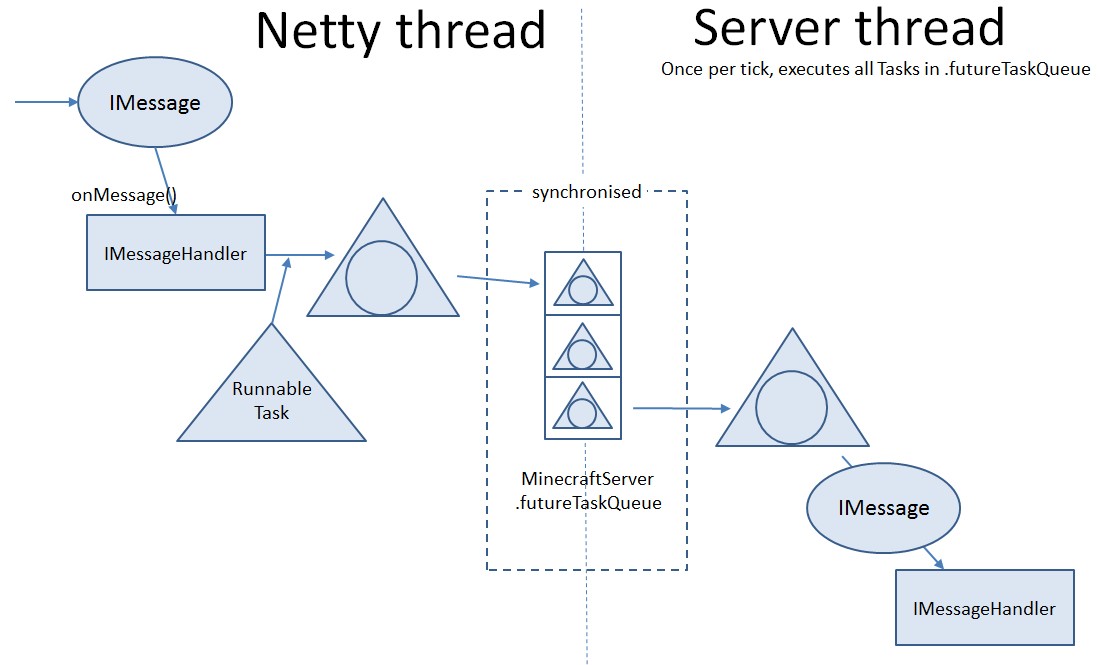